Desexing, also known as sterilisation, is the term commonly used for when pets have a surgery to remove part of their reproductive tract, making them unable to breed.

Whilst most cats and dogs are sterilised, the procedure is often overlooked in small pet mammals, such as rabbits, guinea pigs, ferrets and rats. This article discusses the advantages of desexing rats, and why surgical desexing may not be the best option for every rat.

What Are the Different Types of Desexing?

The most common form of sterilisation is when an animal undergoes surgery to remove part of their reproductive tract. However, in rats there is a medical approach to sterilisation. This is temporary but can last 6-12 months depending on the individual rat’s response.  In rats these medical alternatives have some benefits over surgical desexing and are recommended for many rats, particularly females.

Does It Matter if I Have a Male or Female Rat? 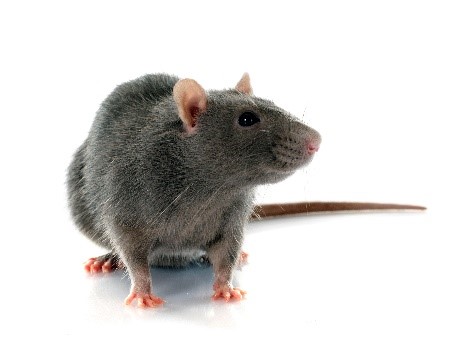 The medical approach uses a drug called Deslorelin in the form of a small implant about the size of a grain of rice. The implant in Australia is known as ‘Suprelorin’.

The effects of this drug have been mainly studied in female rats, which means we have more information about how they respond to this drug. In female rats, the medical approach has been shown to last 10-12 months. At this stage the medication has only been studied in male rats for 6 months. This means it is unknown whether the drug lasts longer than this in male rats.

What Do Surgical and Medical Desexing Involve?

Both surgical and medical desexing involve a general anaesthetic in rats. In medical desexing, the Suprelorin implant is placed between your rat’s shoulders, which slowly releases a hormone over 6-12 months. The anaesthetic for this is quite short, generally lasting for less than five minutes.

Surgical sterilisation, like most surgeries, also involves general anaesthesia to avoid undue pain and stress to the patient. The anaesthetic time is much longer than medical sterilisation, generally lasting around 20-40 minutes.

What if I Choose Not to Desex My Rat?

Whichever form of sterilisation you choose, it is still recommended to get your rat desexed for several reasons:

What is the Difference in Cost Between Medical and Surgical Sterilisation?

The cost of each is similar. The main advantage of surgical sterilisation is that it is a one-off cost whereas the Suprelorin implant needs to be repeated every 6-12 months.

Where Can I Get More Information on Rat Desexing?

The Unusual Pet Vets are available to provide information by email, phone call or by booking a consult.

Our website has many helpful articles about rat health, as well as further contact information for each of our clinics.

The staff are truly amazing they go above and beyond any normal vet care even taking my baby home with them to monitor her. I Highly recommend them!

Fantastic staff! Would recommend this place to anyone! Full of knowledge and help. Felt very comfortable as soon as I walked through the door, helped me tremendously! Definitely the place to take your exotic pet.

Everything about this Vet is amazing! I have had such comforting experiences here due to good or bad circumstances. The staff here are all so kind, compassionate and are very knowledgeable. So fortunate to have Vets like this!

Brilliant service and wonderful vets. Everyone there is very experienced with our unusual family members.

Very kind and helpful Vets and staff. I am so glad to have been passed on to this clinic for my unusual pet’s and I wish I had known about them sooner!

See all reviews
PREV NEXT