Sterilisation is the term commonly used for when pets have a surgery  to remove part of their reproductive tract, making them unable to breed. Whilst most cats and dogs are sterilized, the procedure is often overlooked in small pet mammals, such as rabbits, guinea pigs, ferrets and rats. This handout discusses the advantages and disadvantages of desexing in ferrets, and why surgical desexing may not be the best option for every ferret.

What are the different types of sterilisation?

The most common form of sterilisation is when an animal undergoes surgery to remove part of their reproductive tract. However, in ferrets there is a medical approach to sterilization. This is temporary but can last 1-2 years depending on the individual ferret’s response.  In ferrets these medical alternatives have some benefits over surgical desexing and are recommended for many ferrets, particularly those under the age of 2 years.

Is surgical or medical sterilization better for my ferret? 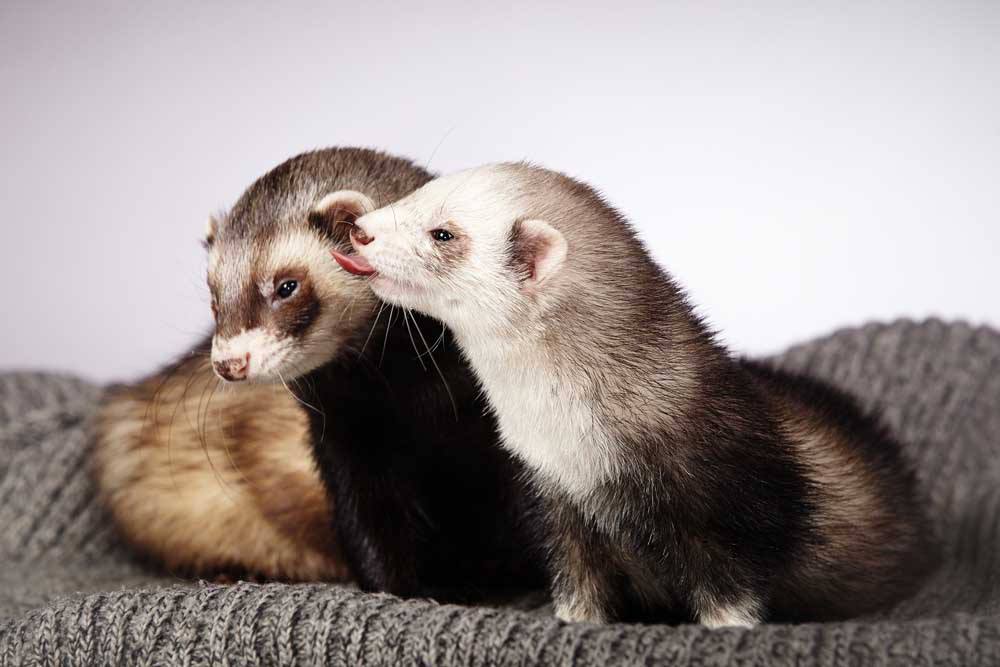 Surgical desexing in ferrets is considered a routine procedure and removes parts of the reproductive tract that can be prone to developing tumours later in life. However, like any procedure involving general anaesthesia, there are some risks. Medical sterilization avoids the risk of a longer general anaesthetic and can often be given in conscious ferrets. This involves a small implant being placed between your ferret’s shoulders. The implant is known as Deslorelin (Suprelorin®) and is a widely available medication in Australia, due to its use in dogs.

The main advantage of medical sterilization is that it reduces the risk of adrenal disease developing in ferrets.

What is adrenal disease in ferrets?

Adrenal disease is a term used to describe a change to the adrenal glands, which can be cancerous. This has been linked to early surgical sterilization in ferrets, particularly those that are desexed before 6 months of age. Medical forms of sterilization avoid the risk of adrenal disease by leaving the ovaries and testicles in place.

What if I choose not to sterilize my ferret? 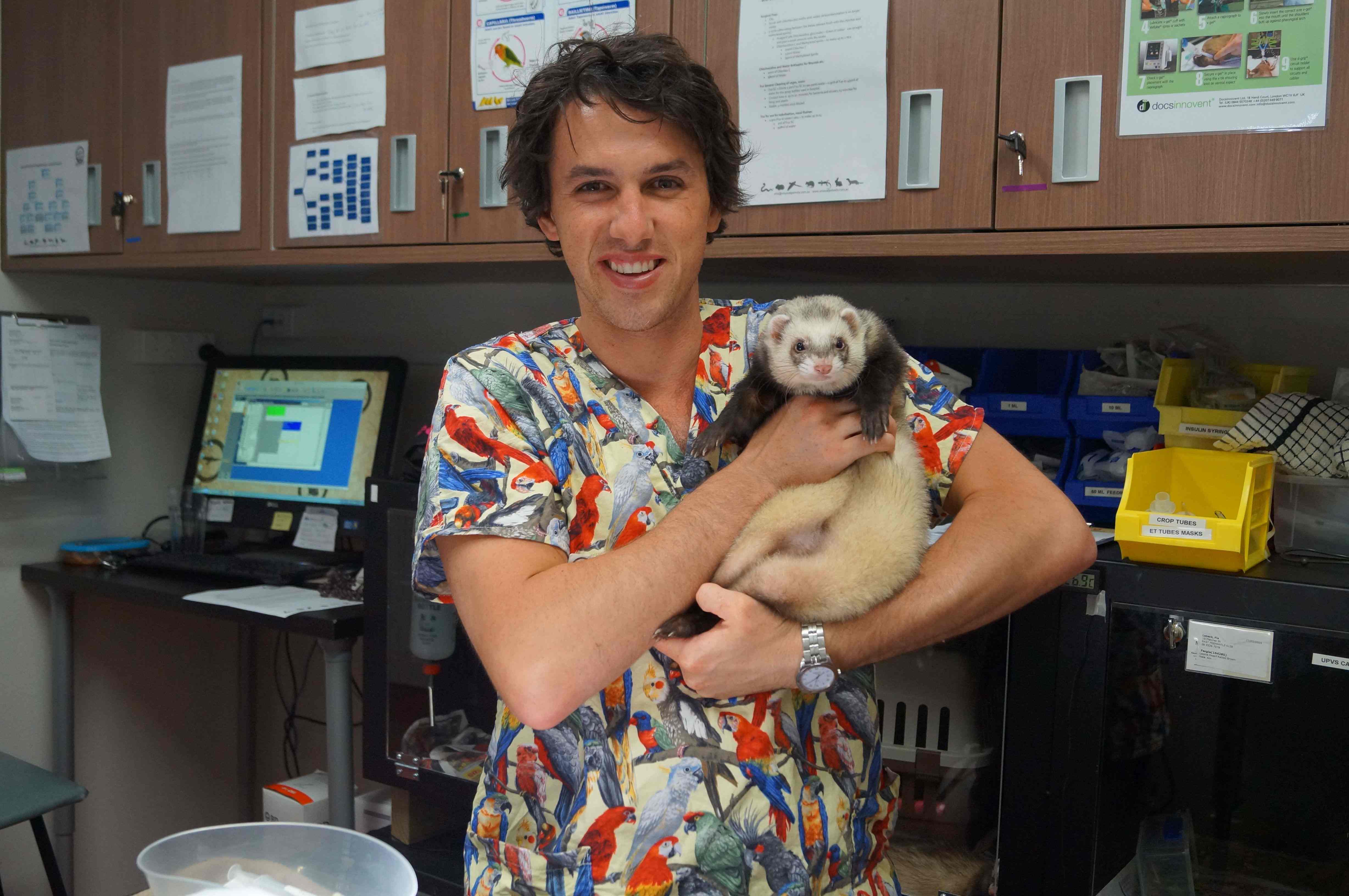 Whichever form of sterilization you choose, it is still recommended to get your ferret sterilized for several reasons:

What is the difference in cost between medical and surgical sterilization?

The cost of each is similar. The main advantage of surgical sterilisation is that it is a one-off cost whereas the deslorelin implant needs to be repeated every 12-18 months.

Where can I get more information on ferret desexing?

The Unusual Pet Vets are available to provide information by email, phone call or by booking a consult. Our website www.unusualpetvets.com.au also has many helpful articles about ferret health, as well as further contact information for each of our clinics.

Fantastic care as always for our bunny with gut stasis. They called to bring our appointment forward to make sure that he received any necessary care as quickly as possible and gave us great information about the problem and the follow-up care and treatment. So reassuring to know that you are in expert hands.

A wonderful clinic that accepted an adorable, yet dazed Eastern Yellow Robin after it flew into my window. It was such a relief this service was available on a Sunday afternoon before a public holiday. Such commitment to preserving the wellness of our beautiful native wildlife must be commended, we’re so fortunate to have these dedicated saints.

Absolutely the best vet, they are so caring and dedication to their job. I cannot recommend them enough. Thank you.

Every vet has been amazing, caring and have put in that extra mile. When Larry was in hospital, I received texts and videos, which was heart-warming. Thank you all – although the birds don’t show that they enjoy their visits and may scream the place down (lol), we all do appreciate it. XX

Could not recommend the whole team here highly enough! Always makes my 19-year-old weiro Mac (and his very stressed Mumma) feel at ease while giving him the highest quality care I could ever hope for.

The staff are truly amazing they go above and beyond any normal vet care even taking my baby home with them to monitor her. I Highly recommend them!

Fantastic staff! Would recommend this place to anyone! Full of knowledge and help. Felt very comfortable as soon as I walked through the door, helped me tremendously! Definitely the place to take your exotic pet.

Everything about this Vet is amazing! I have had such comforting experiences here due to good or bad circumstances. The staff here are all so kind, compassionate and are very knowledgeable. So fortunate to have Vets like this!

Brilliant service and wonderful vets. Everyone there is very experienced with our unusual family members.

Very kind and helpful Vets and staff. I am so glad to have been passed on to this clinic for my unusual pet’s and I wish I had known about them sooner!

See all reviews
PREV NEXT

We’re open as normal, however new safety measures are in place.